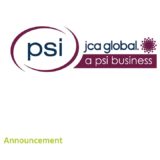 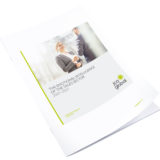 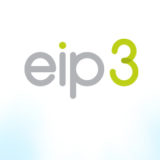 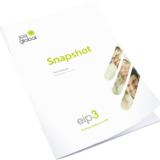 Salespeople are more emotionally intelligent than the average business person a new study: “The Emotional Intelligence of the Sales Sector 2007-2017” has revealed, challenging the stereotype of the cold, pushy sales executive.

But unlike other job sectors, where Emotional Intelligence (EI) improves with age and job seniority, the Sales sector tends to plateau after the age of 39 and at senior management and director levels, the study by JCA Global of more than 2500 salespeople revealed. This may be down to a lack of managerial and leadership development in the profession.

The study of 2500 salespeople also found that the sector scores significantly higher in five aspects of EI indicating that salespeople tend be more task focused (Goal Directedness, Personal Power), tough minded (Self Regard, Emotional Resilience, and Assertive), and able to form close connections (Connecting with Others).

But other findings were more reflective of the stereotype including that salespeople can be more rigid (low Flexibility), guarded (Mistrusting), have unrealistic expectations (Over Optimistic), be potentially volatile (Emotional Under Control), confrontational (Aggressive), and less team oriented (Over Independent).

Parallel research in this area identifies the Sales sector to be moving away from transactional sales to longer term relationships with customers as actual selling time has dropped to just 36% of the average week.

JCA Global’s chief psychologist, Jo Maddocks, and co-author with R&D consultant, Poppy Boothroyd, said: “Today’s salespeople need both cognitive intelligence (IQ) to act as ‘knowledge brokers’ and Emotional Intelligence (EI) to understand and connect with the needs of their customers.”

The analysis also demonstrated that over 10 years the Emotional Intelligence of the Sales sector has mirrored economic downturns with an overall decline in EI since 2009.

Maddocks added: “The fall in EI in the Sales sector could be down to a number of factors including ‘the age of distraction’ and people trying to cope with information overload with some commentators claiming a 5% drop in sales productivity. The significant gulf between being a salesperson and becoming a sales manager may also indicate a lack of talent development in the sector.

“More specifically, our study proposes that the Sales sector has been struggling to adapt to market demands in moving from Transactional to Enterprise sales and that this may have contributed to the slowdown. This is because the sector typically scores lower in areas of EI that we show to significantly relate to Enterprise sales (Flexibility, Interdependence and Conflict Handling).

“However, the good news is 2017 is showing signs of resilience with a rise in EI scores in the sector. Considering this, it is more important than ever to put EI interventions in place to capitalise on this growth and avoid repeating the decline seen after the 2009 spike.”

If you would like one of our team to get in touch about the report or would like to be kept up-to-date with all our latest Emotional Intelligence news and events, please fill in your details below.
Alternatively Read more »" onClick="ga('send', 'event', { eventCategory: 'download', eventAction: 'click', eventLabel: 'Salespeople are more emotionally intelligent than the average business person a new study: “The Emotional Intelligence of the Sales Sector 2007-2017” has revealed, challenging the stereotype of the cold, pushy sales executive. But unlike other job sectors, where Emotional Intelligence (EI) improves with age and job seniority, the Sales sector tends to plateau after the age... Read more »', eventValue: 10});">download the document here.